Planning Potential (PP) were successful in demonstrating, through a robust Retail Impact Assessment, that a second Aldi store to serve Cambridge would not have a negative impact on the city centre. Planning permission was secured at Planning Committee for renovation of an existing retail unit on Newmarket Road, enabling greater food shopping choice for residents living to the south and east of the city. 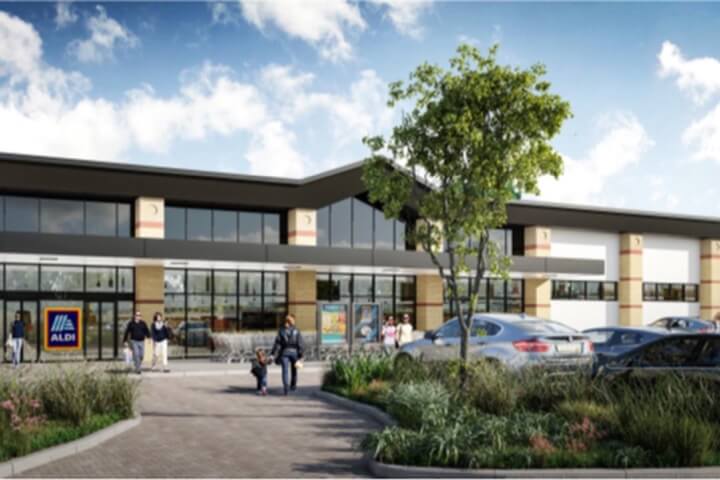 Planning Potential first initiated discussions with Cambridge City Council back in 2012 on behalf of Aldi to bring forward a second store for the City of Cambridge. Despite overwhelming public support, sites were few and far between. Following several years of actively searching for a site suitable to locate a second store in the city, Aldi agreed terms on an existing retail unit on Newmarket Road. PP prepared a planning application seeking conversion of the unit, reconfiguration of the car park and provision of a new loading bay, as well as a Deed of Variation to vary the historical S.106 to allow food sales. This secured approval at Planning Committee in March 2019.

The application coincided with proposals for another foodstore in immediate proximity to the site; and in response to officers’ concerns of the combined impact of these on existing retailers and the City Centre, PP commissioned a bespoke telephone survey and produced a robust cumulative retail impact assessment to demonstrate that there was in fact capacity for both stores to come forward without negatively impacting existing retailers. PP’s methodological analysis also demonstrated a lack of local food shopping choice and that local people were already travelling across the city to visit the existing Aldi store to the north, providing additional support for the case.

This position was supported by a coordinated public consultation exercise in partnership with our sister company, Communications Potential, which secured almost 90% local support. The feedback was positive, with many people echoing our findings that the east of the city lacks a discount retailer, welcoming the opportunity to shop closer to home, whilst at the same time saving money.

PP and the consultant team managed to resolve the highways issues, demonstrating the existing road network had sufficient capacity to accommodate both foodstore developments without resulting in negative highways impacts. PP were also successful in providing comfort to officers in respect of servicing for the store and associated noise for nearby residents, demonstrating any disruption would be controlled through delivery of an acoustic fence and implementation of a Delivery Management Plan to regularise delivery activity, including a complaints procedure – an improvement on the unit’s current situation.

Following a resolution to grant at committee, permission was secured in September 2019. In response to feedback, Aldi agreed to fund improvements to local bus infrastructure through a S.106 contribution.