Planning Potential were successful in securing planning permission for the relocation of an existing ALDI store in Southend at Committee within 11 weeks of submitting the application, overcoming an initial negative response from Officers at the pre-application stage. 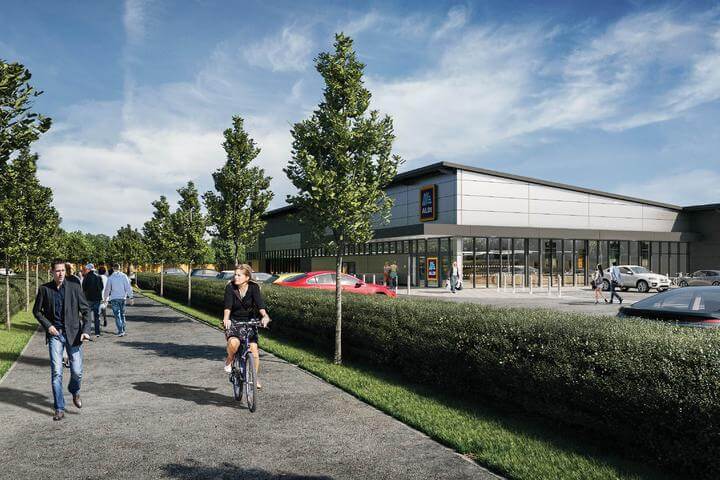 Pre-application discussions were coordinated by Planning Potential for the relocation of an existing out-of-centre ALDI store in Southend to a nearby site, previously approved for employment use, on Priory Crescent. Officers raised concerns with the change of use of the land to retail, pressed for a mixed-use scheme, questioned the ability of the proposals to address the sequential test, with the Highway Authority also taking issue with the proposed form of highway access.

Despite this initial negative response, Planning Potential coordinated the preparation of a comprehensive submission, providing the required justification to address the areas of concern for Officers. We prepared a detailed Sequential Assessment demonstrating that all the edge and town centre sites identified by Officers as sequential alternatives were not available or suitable for the proposed ALDI store. We also coordinated a detailed Market Report to address the employment land issue, crucially demonstrating the lack of demand for office floorspace in the area and unviability of providing office space above the retail store.

In addition to this technical justification, working alongside our sister company, Communications Potential, we conducted a community consultation exercise, engaging with local stakeholders, residents and ALDI’s existing customers. This resulted in a very high level of support for the application – with 97% of consultees expressing support for the scheme.

The team’s efforts at the pre-application stage were crucial in submission of a planning application which comprehensively addressed the issues raised during earlier discussions with Officers, providing the Officers with the justification and reassurance to pull back from their initial reservations. This allowed Officers to process the application swiftly and take the application to Committee with a positive recommendation within 10 weeks of validation.

Our efforts to foster a good relationship with Officers was crucial in securing a positive resolution at Committee, with Officers defending the application proposals when concerns were raised by Members. The application was unanimously approved by Members in January 2019, with the permission being issued within 11 weeks of submission.