Over a period of five years, we were able to obtain multiple planning permissions to enable the phased development of a major mixed-use scheme on the Isle of Sheppey in Kent – satisfying the needs of our client and the various retail, leisure, pub and restaurant operators who now occupy the space. 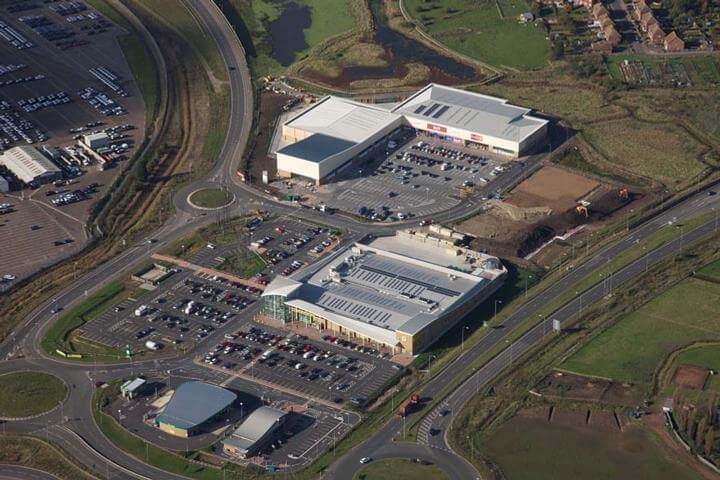 Acting on behalf of the real estate investment company, LXB Retail Properties, we coordinated the preparation of proposals and secured unanimous support for the development of a 20-acre, out-of-centre site at Neatscourt, Queenborough. Forming part of a wider mixed-use regeneration scheme, Neatscourt is prominently located, adjacent to the main traffic route through the Isle of Sheppey.

The land was formerly allocated for employment use and the local council was initially reluctant to consider retail proposals. Despite this opposition, we successfully promoted the benefits of a retail-led mixed-use scheme, which would create a large number of jobs and generate significant investment.

As part of the planning process, we managed a large project team, coordinated the preparation of an environmental impact assessment and organised a public consultation to help secure support for the proposals. We led discussions with Swale Borough Council and liaised directly with the council’s independent retail consultants, who concluded there would be no significant retail impacts.

The first phase of development of the southern portion of the site, featured a food store and drive-through restaurant. Having secured unanimous approval for this phase, we were instructed to coordinate the discharge of more than 40 different planning conditions, to enable the development to progress and the food store to open in the summer of 2013.

As construction of the first phase of the scheme advanced, we prepared and submitted revised proposals for the second phase, covering the northern part of the site. Our proposals sought permission to increase the size of a non-food retail terrace, alongside additional pub, restaurant and retail warehousing space. Following further negotiation and consideration of impacts, we were able to obtain the permissions needed.

We were not only responsible for securing unanimous approval for the mixed-use proposals, but also ensuring that development could progress within the client’s timescales. After securing the two major consents, we also submitted various non-material amendments and Section 73 variations to alter the design of the development and minimise the number of restrictions placed on the various retail, leisure, pub and restaurant operators who invested in the scheme. These changes allowed LXB Retail Properties’ preferred line-up of tenants to occupy the development. Overall, we submitted more than 12 separate applications for the client on this site and secured permission for all.