An effective pre-application stage including discussions with officers and a coordinated community consultation exercise generated almost unanimous support, enabling Planning Potential to secure delegated approval for a new and improved ALDI store to replace the existing store in Margate. 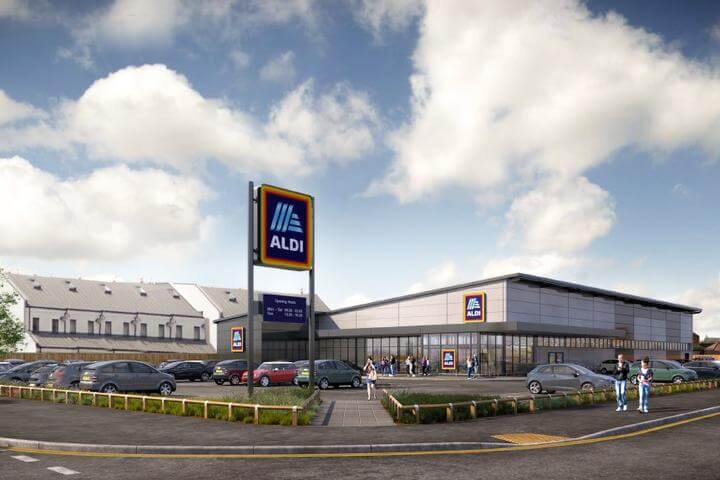 The scheme came forward following ALDI’s thorough review of their store portfolio, where various options were explored to enhance operations and improve the customer experience of some of their older stores. The existing store in Margate was dated, having first opened in 1998 and was over 20% smaller than ALDI’s latest format store size. Being located on the edge of the town centre and book-ending a busy commercial shopping area, ALDI had become a popular and successful anchor foodstore for the town.

Planning potential were successful in presenting to officers the significant constraints of the existing store and demonstrating the benefits of the redevelopment, particularly the retention of the store on its existing site, a location where food retail was already accepted and established. This was recognised by officers, who supported the principle of redevelopment to provide an enhanced store to cater for an existing and established customer base.

Notwithstanding, officers requested demonstration that there were no other suitable or available sites closer to the primary shopping frontage, which could accommodate the new store. This was set out within the submission, alongside the necessary justification for standalone retail and the store design proposed; particularly having regard to the relationship of the store building with the new residential development to the rear.

A coordinated public consultation exercise was key to securing local resident support, as were our discussions with officers from an early pre-application stage. This resulted in an almost unanimous level of support for the application – with 96 per cent of consultees expressing support for the scheme. A swift delegated approval was secured to allow ALDI to meet their programme and progress a scheme based on their latest store format.