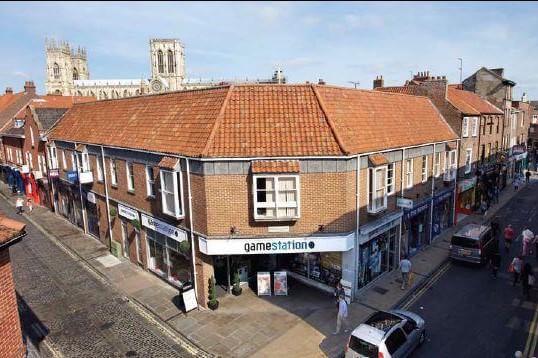 Development within a unique setting

Conservation areas have more stringent planning controls and can often pose challenging planning obstacles. York City Centre comprises of two dozen character areas, forming a large conservation area, and each one is dealt with as a separate character statement.

York is steeped in history and possesses significant historical interest with surviving medieval buildings interspersed with Roman and Viking remains and Georgian architecture. The application site, a mid-late C20th two-storey development of shops with offices above, is close to the medieval streets character area,which has some of the most attractive and ancient streets within the city. It also surrounded by a number of Grade II listed buildings.

Yok Council’s emerging Local Plan is currently progressing (slowly), with both emerging and existing policy requiring applicants to comprehensively justify the loss of employment land. We had to demonstrate that the building was not viable in terms of market attractiveness, business operations and detail how the proposal would lead to the loss of a deliverable employment site that is necessary to meet employment needs.

Engagement with the Council was sought and allowed us to understand the intricacies of the Council’s heritage policies. Working closely with Policy, Development Control and Conservation teams, key aspects of the application were discussed in detail, including the principle of the existing office space becoming residential accommodation.

As part of the application, a robust Loss of Employment Land & Economic Viability Statement was submitted, demonstrating that refurbishing only part of the existing office space was not financially viable. This was supplemented by a Schedule of Available Accommodation, which showed that there was sufficient and suitable accommodation available within the City.

This was a sensitive site and it was paramount that the design of the proposed residential accommodation was of a high standard. After working with the Council throughout the planning process, the design of the scheme evolved, including amendments to the roof to ensure that the scheme would not harm the conservation area. The willingness to work with the Council was recognised by the local authority, demonstrating the benefits of fostering positive relationships during the planning process.

Wealth of accumulated knowledge and expertise

Buildings within the curtilage of listed buildings do not benefit from Permitted Development rights and we submitted a change of use application that outlined how the proposed development would not have a detrimental visual impact on the street scene or the amenities of this historic surrounding area.

Leveraging both our experienceas well as our positive relationship with the Council, the application was supported by a Heritage Statement and a Loss of Economic Land Justification Statement and we were able to demonstrate the wider benefits, articulating the impact of change and how our proposals would conserve and enhance this historic area of the city.