Planning Permission was granted for four contemporary flats, in a mews style design to create a development that fits into the street scene and respects the setting of the adjacent Listed Building. 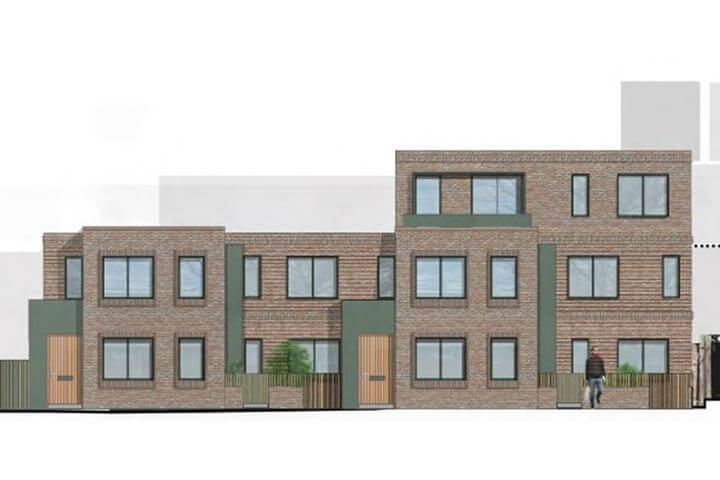 Complicated urban infill sites are always a challenge.  The challenge is greater when the site is adjacent to Listed Buildings.  Working closely with the scheme architect and client various revisions were discussed with the Council’s planning and conservation team to arrive at a solution that was contemporary in design, but worked as a development that could sit next to a Victorian terrace at one side on Consort Road and a Listed Georgian hotel at the other at 2 Queens Road.  The depth of the site meant that traditional housing would not work, as there would be no space for gardens, instead the proposal was for four flats arranged to appear as a mews style development with front doors to the street.

The developed design incorporates features drawn out from the local area. The proposed vertical brick coursing running horizontally creates a datum with 2 Queens Road, and visually creates a proportional change between the ground, first and second floor. The window proportions match the neighbouring buildings on Consort Road. Porticoes provide entrances to the apartments, and windows on the south are set in surrounds.

In conjunction with the planning application, a Listed Building application was approved for the partial demolition of a curtilage wall and enhancements to the Listed Georgian hotel.