Planning Potential secured full planning permission for a bespoke 60-unit, landscape-led residential development on the edge of Meppershall, a village in Central Bedfordshire. 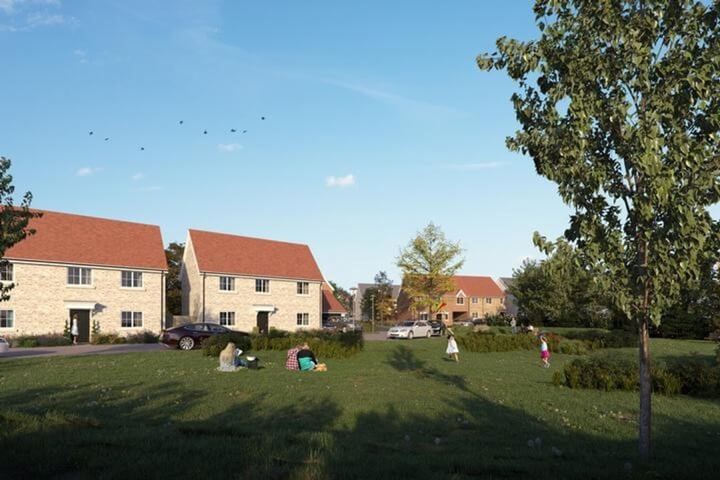 Working closely with the Local Planning Authority and key local stakeholders, Planning Potential successfully obtained planning permission for Inland Homes on a greenfield site that is proposed as a draft housing allocation within the emerging Local Plan. Our front-loaded, collaborative planning strategy resulted in a highly-efficient application process, with almost unanimous support for the scheme from elected Members of the Development Management Committee. Members resolved to grant permission in February 2019, with full permission granted in May 2019.

Following initial site appraisal work, Planning Potential moved quickly to establish key development principles with planning officers through pre-application discussions, including addressing the matter of prematurity, with the application progressing ahead of a formal site allocation being established. We also quickly reached agreement in respect of development quantum, demonstrating that the site could sustainably accommodate a greater number of units than the draft allocation, since essential services and infrastructure could be adequately planned for. Officers were also supportive of our approach to layout, with a central spine road serving a series of cul-de-sacs, and generous landscaping being a core aspect of the scheme.

Officers and local councillors endorsed our approach of seeking to create an exemplary form of village development, which delivers a high-quality design that responds to the edge of village setting and the open countryside beyond. The layout of the development establishes a green ribbon that runs through the heart of the site, split into distinctive character areas. The entrance to the site is defined by a wide tree-lined boulevard; the centre of the site contains a landscaped feature area with structured planting; while the eastern parcel contains a SuDS, incorporated within a wider area of public open space. This area, and robust planting along the northern boundary, acts as a green buffer with the surrounding countryside.

While the proposed development was compliant with emerging Local Plan policy, it proved to be locally contentious, largely due to permission being granted at appeal on an adjacent site for a greater quantum of units. Alongside our sister company, Communications Potential, we coordinated a successful stakeholder engagement strategy, culminating in a public exhibition, which was well-attended. We sought to demonstrate the planning benefits of the scheme to local stakeholders. including Meppershall Parish Council, who we closely engaged with throughout the planning process. Attendees were also asked to suggest community benefits that could be secured through a Section 106 agreement, which included contributions towards local play space and allotments. Communications Potential also offered one-to-one meetings with immediate neighbours to seek to address specific concerns raised.

Following the initial pre-application meeting in May 2018, Planning Potential were able to secure a resolution to grant permission in just nine months, demonstrating proficiency in leading a streamlined planning process and coordinating a wider design and technical consultant team.