Having successfully obtained approval, Planning Potential were retained by the client and we have since assisted with the submission of applications at 71-73 County Street and 76 County Street. 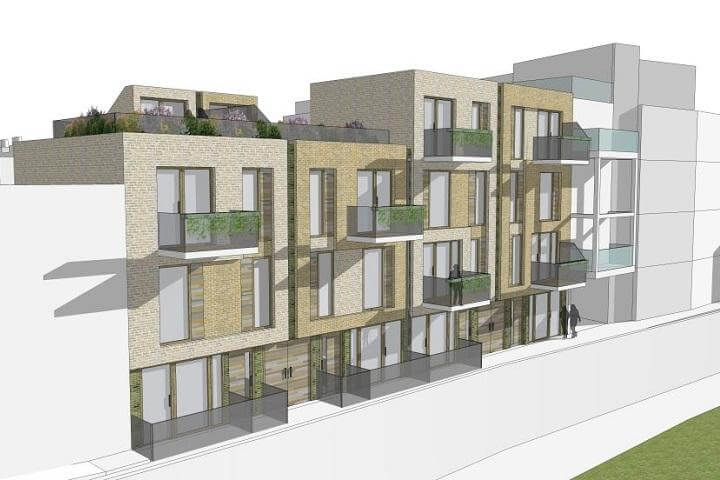 We secured planning consent in 2013 to redevelop a vacant industrial building. The application sought permission to demolish a vacant one and two-storey warehouse and replace it with a four-storey, mixed-use development, with a basement. The new building comprised a mix of ground floor retail and four live/work units with a total of 12 bedrooms. We were then retained to work on two comparable schemes, for which we secured planning permission in 2014 and 2015.

The application site in Southwark was located within the Central Activities Zone (CAZ), the Old Kent Road Action Area, an Air Quality Management Area (AQMA), and also within Flood Risk Zone 3. It was also opposite the Grade II-Listed Globe Academy School.

Redevelopment of the site was difficult to promote, due to Southwark Council’s determination to retain existing industrial space on the site – despite the building being vacant and in disrepair. Careful consideration of the detailed design of the scheme was also required due to its proximity to a Grade II-Listed building. A previous application for redevelopment of the site, to provide residential development and an additional storey, was refused by the Council.

The proposals were considered by the Council to deliver much needed housing for the borough, which would be delivered to a good standard, without causing harm to neighbouring amenity or nearby heritage assets. The existing employment floor space would not only be retained, but its quality would also be significantly improved.

Having successfully obtained approval, Planning Potential were retained by the client and we have since assisted with the submission of applications at 71-73 County Street and 76 County Street.