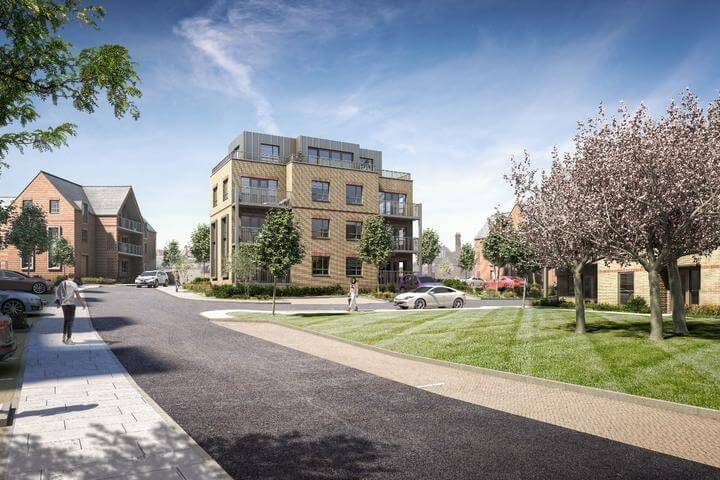 In December 2018, Planning Potential secured full planning permission on behalf of Ashill (Maidenhead) Limited for a residential development on a vacant industrial site. The scheme will provide 61 units of one and two-bedroom flats across six blocks and set around a central landscaped area of open space. The project is a significant achievement for Planning Potential and is the first planning permission we have obtained for Ashill. Development is expected to commence in early 2019.

We were first instructed to lead pre-application discussions with the Royal Borough of Windsor and Maidenhead in December 2016, to discuss the principle of delivering a bespoke residential scheme to a vacant, outdated and contaminated employment site; albeit a site that was allocated for continued industrial use in both the Council’s adopted and emerging development plans.

We subsequently coordinated a wider consultant team to prepare a full planning application. Principally, the application sought to demonstrate that the proposed development satisfied the Council’s emerging policies regarding the release of designated employment land, focusing on a robust exercise of marketing the site for employment use. The approach demonstrated that the proposed development would not undermine the Council’s employment land objectives, and would instead make efficient use of brownfield land as a significant windfall site, boosting local housing delivery.

Planning Potential worked closely with the client’s architects in advising on a scheme which addressed Officers’ concerns regarding heritage impacts on an adjacent conservation area; landscaping provision; urban design and highways impacts. We also worked in conjunction with the client’s acoustic advisors to address complex noise issues relating to the site’s relationship with adjacent industrial uses.

ollowing a robust and meticulous planning strategy led by Planning Potential, the Council’s Planning Committee members voted overwhelmingly in favour of the scheme, with eight votes in favour and one abstention. This resolution followed an Officer recommendation for the refusal of permission. The resolution to grant permission was subject to the signing of a Section 106 legal agreement, which has subsequently been completed.