Acting on behalf of ASDA, we prepared and submitted planning proposals, won considerable local support, and secured approval for a major new food store on the edge of Newport, Isle of Wight. The scheme, on a major gateway site, has stimulated economic growth and generated employment on the Island, whilst integrating with the Pan Meadows regeneration area – a major new housing extension to the east of the town. 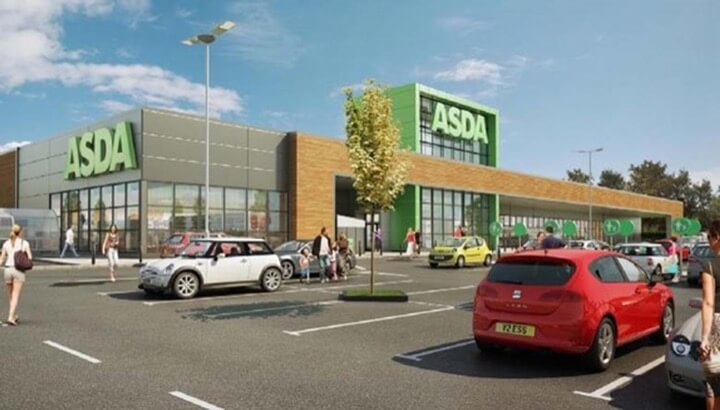 The scheme represented a major development for the Isle of White, on an out-of-centre site, attracting significant local interest and scrutiny. A competing scheme was also lodged, proposing a development on the adjacent Newport Football Club site. Although the Football Club site was closer to the town centre, the competing scheme was refused, with council officers and committee members choosing to support the ASDA proposals.

The complex nature of the scheme meant that significant work was required prior to the submission of an application, to address the key technical issues and secure the support of council officers and local stakeholders. This involved us leading multi-disciplinary meetings with the local planning authority and consultant team, to provide the required evidence on the key matters of highways, design, sequential and retail impact.

We initiated a household survey, to establish existing shopping patterns, which formed the basis of a detailed retail impact assessment. We were able to demonstrate that the vitality and viability of Newport Town Centre would not be significantly harmed by ASDA’s proposals, and would in fact experience significant spin-off benefits. The support of the LPA’s independent retail consultant was secured, which resulted in officers supporting the proposals on this key policy test.

We also successfully established the ASDA site as equal in sequential terms to the competing site, even though this site was closer to the town centre. This was on the basis that both sites were out-of-centre and equal in terms of accessibility.

Highways was a complex issue, with the scheme being reliant on the highway authority delivering a new link road and roundabout on St George’s Way. Detailed discussions were held, relating to the triggering of conditions, to ensure the ASDA scheme would not be held up by any slow delivery of this vital infrastructure.

Whilst wide support for the scheme was expressed, significant objections were lodged on retail and sequential grounds, with Planning Potential providing detailed responses to maintain the support of officers throughout.

Overall, we were able to generate plenty of local support from stakeholders and local residents, based on the significant benefits the scheme would deliver. The benefits we promoted included the stimulation of economic growth on the Island, employment creation, more sustainable shopping patterns, reduction in social exclusion, and spin-off trade for Newport town centre.

Our efforts to win support for the proposals and address the challenging technical aspects of the scheme were rewarded at the planning committee, where a clear majority of council members voted in favour of the ASDA scheme, whilst dismissing the competing application.

Following the committee resolution, we also led on detailed Section 106 agreement negotiations and the wording of conditions, to ensure the scheme would not be delayed by third parties. The permission was issued in December 2014.