Fostering a good relationship with Officers at the Royal Borough of Greenwich was crucial to Planning Potential’s success in securing planning permission for a replacement ALDI store at Thamesmead Shopping Centre. 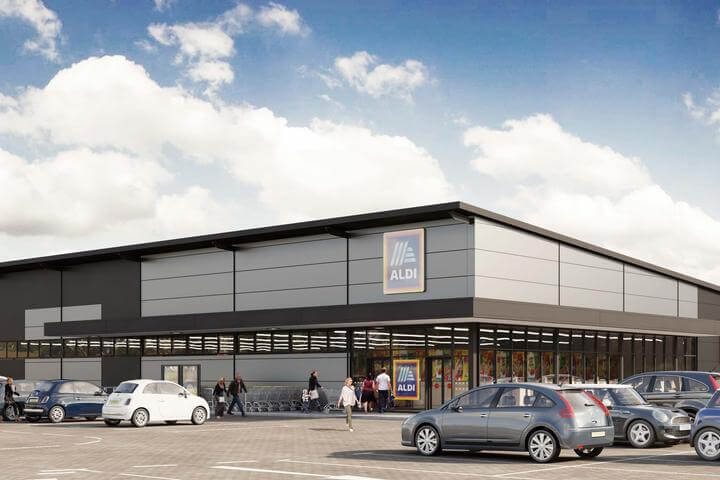 The ALDI store had been trading at the Thamesmead Shopping Centre for over 20 years, however had become outdated and no longer met the company’s requirements for an enlarged store and enhanced offer. Planning Potential initiated pre-application discussions with Officers to discuss a scheme which would replace the current store with a modern development, however due to the constraints of the site and extent of land available to ALDI, would not meet many of the policy requirements associated with a scheme of the scale proposed.

Planning Potential were successful in setting out to Officers the constraints of the development and demonstrating that the benefits of the redevelopment would outweigh concerns associated with car parking and other areas of policy. Officers expressed support for the proposals, which led to the coordination of a detail planning submission.

A planning application was submitted in August 2017, with Planning Potential negotiating Heads of Terms for an acceptable S.106 Agreement with TfL, allowing Officers to recommend the proposal to Committee in December 2017, with Members unanimously approving the application.

ALDI were however unable to proceed with the approved scheme, necessitating the need for a redesign of the development on a reduced site area. Whilst the scheme was considered inferior to that originally approved, Planning Potential were again successful in securing the support of Officers for the revised proposals, ensuring they appreciated the constraints ALDI were working to and their commitment to progressing with what was widely acknowledged as a locally beneficial development.

A revised planning application followed in June 2018, with a further recommendation of approval by Officers to Committee in October 2018. Again the application was unanimously approved by Members, with the permission being issued following the completion of a S.106 Agreement.

Our efforts to foster a good relationship with Officers were crucial in securing a positive resolution at Committee, with Officers defending the application proposals when concerns were raised by Members. The application was unanimously approved by Members in January 2019, with the permission being issued within 11 weeks of submission.