Planning Potential made compelling representations at various stages of the Neighbourhood Plan process and this edge of settlement site was consequently allocated for residential development. Just four months after the Neighbourhood Plan became part of Horsham District Councils’s Development Plan, we secured a resolution to grant outline planning permission. 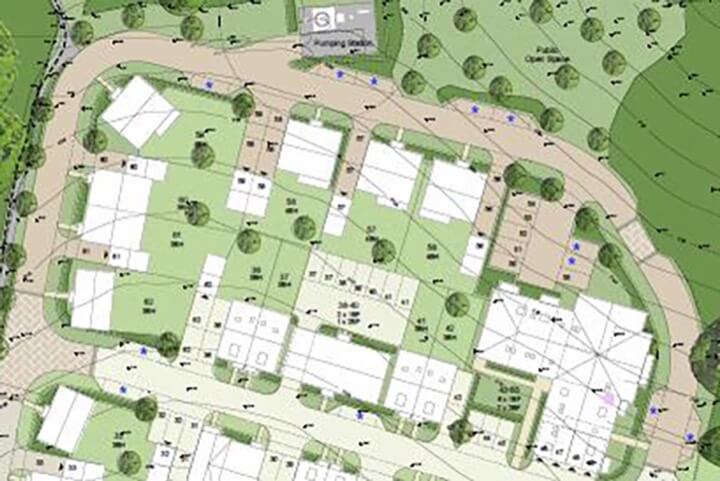 On behalf Welbeck Land, Planning Potential secured a resolution to grant outline planning permission, with all matters reserved except for access, for a residential development of up to 62 units including 35% affordable housing provision, for a site in Storrington, Horsham. Members of Horsham District Council’s Planning Committee resolved to grant permission, subject to the completion of a Section 106 Agreement, in January 2020.

We secured the largest housing allocation within the Storrington, Sullington and Washington Neighbourhood Plan, which was adopted in September 2019. The site received a resolution to grant outline permission four months after the Neighbourhood Plan became part of Horsham DC’s Development Plan.

The site is an undeveloped land parcel that abuts the settlement boundary of Storrington. Planning Potential were initially instructed on the project in 2017, to engage with the emerging Neighbourhood Plan process in respect of the site’s promotion for residential development. Under a previous draft Local Plan, which was subject of an Examination in Public in March 2016, the site was proposed to be allocated as a Local Green Space. Under the NPPF, allocated Local Green Spaces become heavily restricted from future development, and so the prospective allocation would inhibit the site’s residential development potential. However, the draft Neighbourhood Plan was found to be unsound.

Planning Potential participated in the Examination in Public of the draft Neighbourhood Plan, to explore the matter of whether the site satisfied the statutory NPPF tests to be designated Local Green Space. Following the hearing sessions, the Examiner’s Report recommended the following, as part of a series of Main Modifications:

The Plan was subsequently subject to a referendum in July 2019, with the community voting in favour of its adoption. The Plan was adopted in September 2019.

Following the Examiner’s Report, Planning Potential engaged in pre-application discussions with Horsham DC. While a proactive approach to engaging with the Local Planning Authority was supported, Officers recommended that the submission of an application was pursued only once the Neighbourhood Plan was formally adopted.

Prior to the submission of an application, Planning Potential coordinated discussions with the Neighbourhood Plan Steering Group. The discussions were collaborative, allowing for changes to be made to the layout and orientation of units prior to submission. We also subsequently supported a public exhibition, which was well-attended by members of the local community.

Our early engagement with Planning Officers established a very strong working relationship which culminated in the rapid progression of the planning application. Officers were supportive of a relatively dense scheme of 62 units (around 30 dwellings per hectare), which prioritised the delivery of both smaller residential units and smaller housing – for which there was a significant need for both in the locality. We were able to proactively address several technical matters during the application, with matters reserved by condition where it was practical and expedient to do so.

Upon signing of the Section 106 Agreement, which is expected imminently, the development will also secure improvements to an existing public right of way through the site and the provision of a large area of public open space.