Having previously secured planning and listed building consents for a rear extension and the addition of a basement to this private residential property on Seymour Walk, we were retained by the client to seek permission for a further rear extension in 2015. 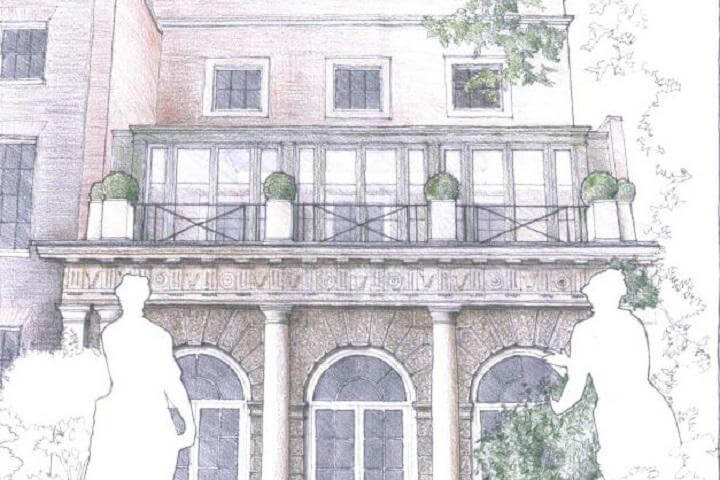 Having previously secured planning and listed building consents for a rear extension and the addition of a basement to this private residential property on Seymour Walk, we were retained by the client to seek permission for a further rear extension in 2015. When our application to create a first floor garden room was initially refused by the council on detailed design grounds, we successfully appealed the decision, whilst also securing permission for a revised application – to maximise options for our client.

The application site, on Seymour Walk, is located within The Bolton’s Conservation Area in the Royal Borough of Kensington & Chelsea. The sensitive location of the site, and the fact that it involved designated buildings, required us to address a number of complex and overlapping considerations. Our planning and listed building applications sought permission to add a glazed garden room to the Grade II-Listed property, which would enclose an existing first floor terrace. As the proposed extension was on the boundary with a neighbouring residential property, the application material we submitted also considered the potential impacts of overlooking and overshadowing.

Careful justification was required to demonstrate why the proposals were not contrary to the council’s adopted policies, which generally resisted such development. Detailed considerations not only related to the design of the proposals, but also the protection of neighbours’ amenity during construction – and we engaged with neighbours at an early stage to address this. Although our consultation work helped ensure that no objections were received from neighbours or local councillors, planning permission was initially refused on detailed design grounds.

As the refusal related to precise details, such as fenestration, rather than opposition to the principle of development, we chose to appeal the decision. Heritage Collective and legal counsel were both appointed to provide robust support to the case and we then prepared, submitted and monitored the appeal – which was successfully upheld.

Alongside the appeal process and in order to maximise options for our client, we also submitted a revised application, which proposed different fenestration and other minor changes. The revised application followed further pre-application advice from the council and was also successful. At the end of the process we had successfully secured consent for two slightly different schemes – each of which provided the same amount of floor space – enabling our client to choose which one to implement.