Planning Potential have worked with Gail’s since 2013, assisting with their ambitious expansion plans by successfully securing consent for a number of new bakeries in various locations around London. We recently secured planning permission for the first Gail’s bakery outside London – in Summertown, Oxford. 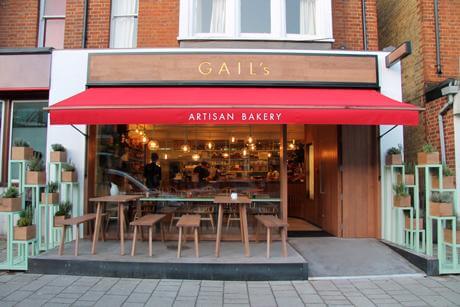 Following ten successful years in London, Gail’s are branching out, opening neighbourhood bakeries across the country. Planning Potential have worked with Gail’s since 2013, assisting with their ambitious expansion plans by successfully securing consent for a number of new bakeries in various locations around London. We recently secured planning permission for the first Gail’s bakery outside London – in Summertown, Oxford.

Having identified a suitable location for their new neighbourhood baker, Gail’s proposed to undertake alterations to the premises on Banbury Road, Summertown, adapting it to suit their needs. The various modifications required by Gail’s presented various planning challenges, which we successfully overcame.

The A1 retail use of the premises was protected and our first challenge was to convince the local council that Gail’s would be appropriate occupiers for the site. This involved ensuring that Gail’s operations were explained effectively to the council, so that they had an accurate understanding of how the proposed bakery would function.

The next challenge was to justify extensive alterations to the façade and front of the premises, which included replacing the existing shopfront, rendering the brickwork, and building a platform for tables and chairs on the public highway. Extensive negotiations took place with both the city and county councils, to find an acceptable and safe solution for the outdoor seating platform, which also allowed access to the existing utilities beneath.

Providing clear justification for internally illuminated advertisements, which formed part of the overall image of the shopfront, was also essential. This element of the proposals met with resistance from officers in the early stages of the application, although the premises were not located within a conservation area.

Proposed alterations to the rear of the premises included the installation of air conditioning units and a kitchen extract. The key consideration in relation to these elements of the proposals was the impact on residential amenity. We were able to justify the proposals and provide confidence to the council that no issues would occur as a result of granting permission.

We were successful in securing all the permissions Gail’s needed and the new bakery opened in April 2016. It quickly proved to be very popular with the local community, with Oxford media reporting it a “big hit in Summertown”.