Despite continuing opposition from the local community and planning committee members, we were able to demonstrate the technical argument in order to secure permission for a mixed-use scheme in Ewell, Surrey, comprising an Aldi food store, eight residential units and a 70-space car park. 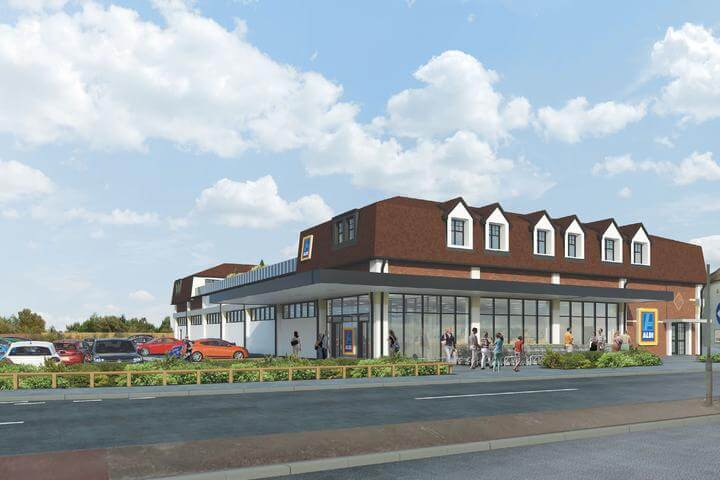 The mixed-use scheme was a revision of an earlier permission on Kingston Road in Ewell. While previously successful at appeal for a similar mixed-used scheme, the original proposals had attracted significant local objection on highway grounds, with the planning committee overturning a positive officer recommendation. Our client subsequently secured additional land to enhance the highway solution.

We anticipated continuing local objections, so with our sister company Communications Potential we undertook a communications exercise to promote the revisions as an improvement to the existing scheme. A leaflet drop, press releases and meetings with local stakeholders and ward councillors formed part of the consultation exercise. We also visited local traders to explain the revised proposals.

The leaflet drop achieved 80% support for the proposals and none of the existing retailers and businesses objected to the revised proposals.

While committee members still spoke against the proposals on highway grounds, the application’s technical argument demonstrated there were no planning grounds for refusal. Permission was secured by a clear majority within 13 weeks.