Despite considerable opposition from the local council, we were able to demonstrate through compelling evidence that Paddy Power could open a new betting shop in unoccupied premises on Faircross Parade in Barking, East London. 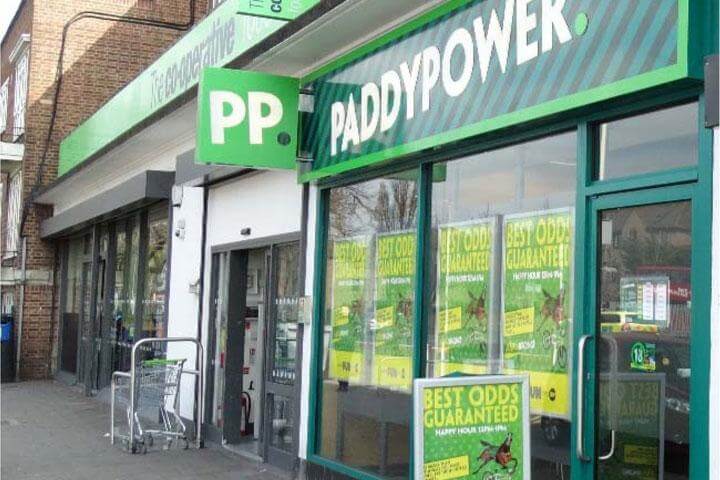 Despite considerable opposition from the local council, we were able to demonstrate through compelling evidence that Paddy Power could open a new betting shop in unoccupied premises on Faircross Parade in Barking, East London.

When Paddy Power initially asked us to provide advice relating to a property on Faircross Parade, the use of the premises was restricted by a planning condition – allowing only estate agents or mortgage brokers to occupy it. We prepared and submitted a planning application to lift the restriction and also to allow the creation of a new shop front, advertisements, plant and equipment and satellite dishes.

Although permission was given for all the changes we requested, our application to remove the restriction on the use of the shop was refused. The planning condition had been put in place to protect the appearance and character of the shopping parade – and it was clear that councillors were concerned about allowing a betting shop to open.

An initial written appeal was dismissed, so we prepared a further application supported by new evidence. As we expected, the council refused the second application and we lodged a second appeal.

The betting industry often receives bad press, but we were able to commission research to prove that Paddy Power betting shops make a positive contribution to the economy of a centre, attracting high footfall, encouraging trips to neighbouring shops and providing employment.

Acting on behalf of Paddy Power, we attended the appeal hearing with a barrister. The inspector was able to allow the appeal, based on the empirical evidence we provided, and granted planning permission. The betting shop has subsequently opened.